To engage our community, share resources, and connect people to information, ideas and each other. 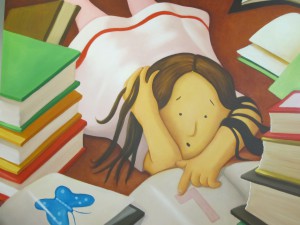 Northern Onondaga Public Library (NOPL) serves the Upstate New York communities of Brewerton, Cicero, and North Syracuse. These libraries were established and grew independently in their respective communities for years. In 1995, legislation was introduced in the NY State Assembly that joined these libraries together within a special district, resulting in the three NOPL branches familiar to residents today.

The Northern Onondaga Public Library District (NOPL) was formed through a grass roots effort by community members who recognized that their growing communities needed better library service than could be offered by their three village libraries. Their dream was to secure for the future, libraries with adequate staffing and well-equipped facilities to meet the needs of their growing communities.

These library leaders overcame the historical barriers of local rivalries and competition. They worked together and came up with a plan to change the structure of their libraries from three separate free association libraries to a single Special Legislative District Public Library. This significant change allows NOPL to go directly to the taxpayers of the district with an annual operating budget.

Legislation introduced by Michael Bragman in the New York State Assembly on January 30, 1995 created the district and established procedures for electing trustees and raising funds through a library tax. The library began operations on January 1, 1996.

When they consolidated, the libraries in Brewerton, Cicero, and North Syracuse went from being among the smallest to one of the larger libraries in the state with a service population of 53,454. NOPL is unique among the libraries in Onondaga County and serves as a model for efficiency through consolidation and cooperation. Costs are reduced and services are streamlined through centralized administration, collaborative purchasing and shared special programming.

In their campaign for the establishment of the library district the NOPL leaders listened to the community’s message. The people wanted better libraries, but they also loved having their own local library. NOPL began with the former three village libraries. These were physically limited buildings—the largest was 2,500 square feet, the smallest barely 1,500 square feet. By the fall of 1997, less than two years from its inception, the new library board went out to the voters with a 4.25 million dollar building program.

Their plan was to build three new buildings to replace the village libraries, a plan for 25,000 square feet of new construction. The voters approved and in August of 1998 ground was broken. Construction of the three new buildings was simultaneously carried out over that winter and into the spring of 1999. On July 10, 1999 grand opening ceremonies for three new state of the art libraries were held.

NOPL continues to grow and change, and we are indebted to the trustees of those three village libraries who wanted their libraries not only to survive, but to thrive. Circulation at the three NOPL libraries increased dramatically with the new buildings and library usage continues to grow.  In 2010, circulation of materials was 147% higher than it was in 1998, and the number of children and adults attending library programs was 201% higher.