We Lift Each Other Up: 10 Stories that make you proud to be a woman this Women’s History Month

We Lift Each Other Up: 10 Stories that make you proud to be a woman this Women’s History Month

In the words of Queen Beyonce “Who runs the world? Girls!”

Below you’ll find a list of books that I personally recommend to celebrate your own femininity this Women’s History Month. From stories about historical figures and maligned myths, to advice and even wild-west librarians, each of these books is a favorite of mine in some way shape or form. I hope you find something that speaks to your brand of feminism and inspires you to reach out and lift up a fellow human being today.

1. Circe by Madeline Miller
Featured in the Odyssey, the “witch” Circe has always been portrayed as an evil sorceress who imprisoned Odysseus and his men on her island for ten long years. Madeline Miller tells us a different story, however; here Circe isn’t a sorceress intent on doing her evil deeds. Instead, she’s a victim of horrendous trauma, a woman left alone in the wilderness and a survivor. The women we meet in this tale are strong, powerful, and vengeful. Ariadne is a girl with a heart bigger than her father’s castle, who loves her brother despite his monstrous aptitudes. Medea is the girl who loves so much, she’ll stop at no ends to gain Jason’s admiration (even when Jason definitely doesn’t deserve it). And Penelope is strong and resistant, like the rocks in the ocean, and so loyal that for twenty years she keeps hope kindling in her breast. Never have I had the chance to read something that paints the classically maligned women of Greek legends in such a brilliant, blinding light. Their faults are revealed as brilliantly as their strengths, the good ones and the bad ones alike. You won’t like all of the women in this story, but their stories are finally told in the way they should have been all along.

2. All My Mother’s Lovers by Ilana Masad
Maggie’s mother, Iris, has just died in a car crash and has left behind five mysterious envelopes, each addressed to a man Maggie has never heard of before. Struggling with grief and her own sexuality, Maggie sets out on a road trip to figure out what these men meant to her mother. She quickly learns, though, that Iris wasn’t who Maggie always thought, and that her mother’s sexuality was as vast and complex as her own. Through grief, sex, gender, religion, and identity, Masad illustrates to us just how dynamic a singular person’s life could be. Women, I personally feel, so often get pigeon-holed into being described through our family dynamic: wife, mother, sister, daughter, life-giver, etc., when in reality we are so much more than just that. This book will make you look at those women in your life and reevaluate how they go through their day-to-day activities, and where their own stories brought them. 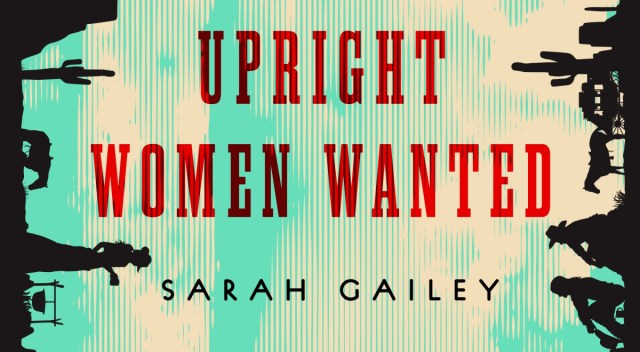 3. Upright Women Wanted by Sarah Gailey
Short and sweet and to the point, this book features subversive librarians, so obviously it had to make the list. Set in a futuristic Wild West world, the patriarchy has taken over and in a manner eerily reminiscent of 1984, they have dictated what people can and can’t read, learn, and consume. Librarians are charged with moving between outposts, braving the environment, outlaws, and fascists to deliver approved materials and packages to schools and citizens. However librarians are obviously amazing no matter what time period you’re in, so these librarians take it upon themselves to secret banned materials. Esther is a stowaway on the librarian’s cart, seeking to flee an arranged marriage after her lover and best friend was executed for reading those banned materials, and for being in a same-sex relationship. Esther finds comfort and acceptance in the company of other women and non-binary people just like her, who don’t follow what they’re told to do and who they’re told to love. If you love wild west-style shootouts, queer main characters, and stories about how awesome librarians are (I’m biased, sorry-not-sorry), then this is the book you’re looking for.

4. The Complete Persepolis by Marjane Satrapi
I first stumbled across Persepolis in tenth grade French, and have been in love with both the graphic novel and the movie adaptation ever since. This is the author’s memoir of growing up as a girl in Tehran during the Islamic Revolution, then later her lonely adolescence in Vienna, and finally her adult homecoming. It is the chronicle of a girlhood and adolescence of someone uniquely identifiable and yet so familiar, and it tells the story of a young life entwined with the history of her country. It is filled with the universal trials and joys of growing up, telling us these experiences through stories of sexuality, rebellion, fear, and love. Most importantly, love.

5. Dumplin’ by Julie Murphy
a. High school sucks, I think we can all agree on that. And for self-proclaimed fat-girl Willowdean Dickson, it only sucks worse when your mom is a former beauty queen. When Willowdean meets a boy and learns her crush is reciprocated, she finds all her self-confidence flying out the window, so she sets out to regain it in the most fabulous way possible. In a journey of self-discovery and feminist friendship, Willowdean shows us what it means to have inner strength and to believe in yourself, even when it seems like no one else does.

6. My Own Words by Ruth Bader Ginsberg
The legend herself has spoken, and everyone needs to hear what she has to say. In this collection, RBG discusses gender equality, the workings of the Supreme Court, being Jewish, law and lawyers in opera, and the value of looking beyond US shores when interpreting the US Constitution. RBG was a woman, a mother, a wife, a breaker of the glass ceiling, and a true icon; she helped show us what a woman could do in the Senate when gender equality and women’s rights were fledgling ideals we held up on picket signs. Rest in Peace, RBG, we miss you.

7. Hood Feminism: Notes from the women that the movement forgot by Mikki Kendall
When you envision a *feminist*, who is it that you see? What color is her skin? What brand are her clothes? What kind of car does she drive? Does she even have a car? Kendall takes a stance and points out the glaring bias of modern feminism: the privilege of the few over the basic needs of the many. Mainstream feminists rarely talk about meeting basic needs such as food security, access to quality education, safe neighborhoods, a living wage, and equitable medical care. How can we, as modern feminists and supporters of our fellow women, take a stance regardless of race, class, sexual orientation, and ability? Rather than shaming you, this book gives you the knowledge to move forward and expand your horizons, and to start speaking for those others around you to whom you may have been previously blind. 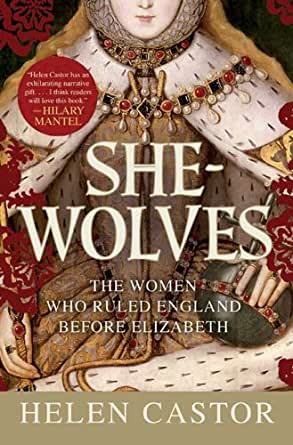 8. She-Wolves: The Women Who Ruled England Before Elizabeth by Helen Castor
a. History nerds, this one is for you. Queen Elizabeth I is often touted as the first woman to have ruled England…however she would never have been able to come to power without standing on the brutally strong shoulders of women monarchs before her. In this book, we learn how Empress Matilda came tantalizingly close to holding power on her own in a world of conquest and crusade. We see Eleanor of Aquitane grab hold of the reins of the kingdom and rule with an iron fist. We meet Isabella of France, the first proclaimed “she-wolf” and expert orator, diplomat, and regent. And finally, we greet Margaret of Anjou, known for her courage and her dynastic reign. These women show us what it means to truly be a Queen in an era when women were seen as little more than a walking womb or something to be traded for a better position in life. Castor shows us that these women weren’t acting as women, they were acting as monarchs, not making decisions based solely on their gender, but instead on their desires, their greed, their power. Reading this book, if you’re so inclined, will help you to envision how other women throughout history have ruled or held power, and see them not just as “women,” or “queens,” but instead as “rulers.”

9. The Body is Not an Apology by Sonya Renee Taylor
Have you ever been told that you’re too big/too small/too wide/too narrow to be feminine? What does that even mean, and why are we letting it impose on our own personal values of worth? While this doesn’t cater specifically to women’s bodies, it still speaks so much as to a skewed perception that has been chronically anti-woman, anti-inclusive, and anti-kind. Opening with a poem about our mother’s bellies that made me take a step back and think for a moment, this book helps you to learn how to understand and love your own idea of self, while also supporting those around you in their own struggles for self-acceptance.

10. Women of Resistance: Poems for a New Feminism ed. by Danielle Barnhart and Iris Mahan
If you like poetry; if you had tears in your eyes when Amanda Gorman gave her spoken word performance at Biden’s inauguration; if you’ve ever been told to take a step down from your soapbox; then this one’s for you. Featuring work by renowned poets and activists such as Elizabeth Acevedo, Danielle Chapman, Jericho Brown, and many more, this compilation catalogs women’s resistance in a variety of forms. Their powerful voices work together to address racist and misogynist thinking, cultural appropriation, and the lack of diverse representation still prevalent in contemporary society with shouts and outrage, while still preaching hope, love, and acceptance.

That’s all my friends. Go forth and read! 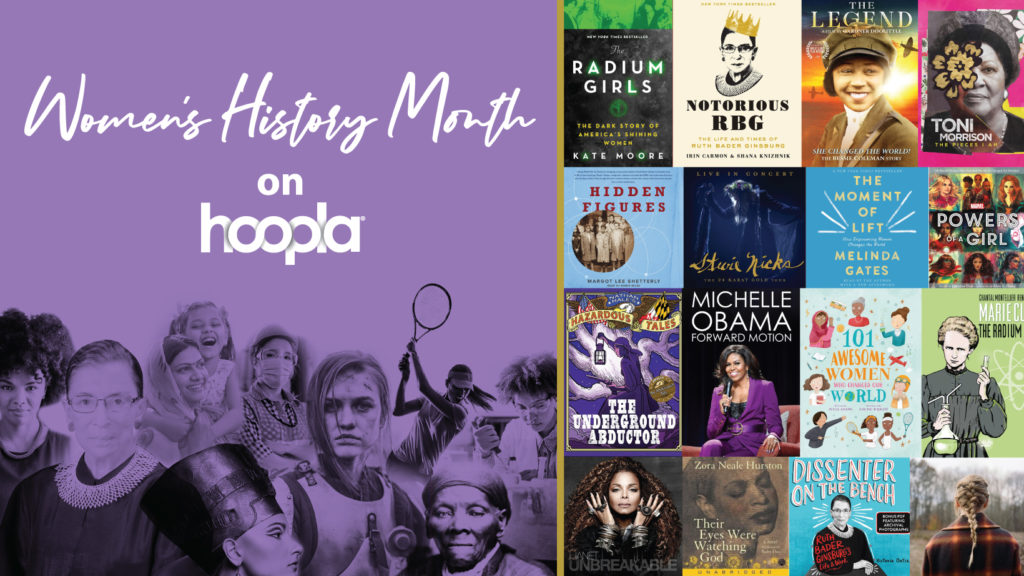 About the Author: Amanda Roberts

Amanda is the Graphics Technician here at NOPL, and is the creative brain behind all the attractive designs on the library's posters, flyers, handouts, and more. She's one of our social media contributors and also does work on our website.