How I Got Into Curling

How I Got Into Curling

Curling has come to the United States in various forms, from exhibitions in hockey arenas to the televised sport of curling – it is a sport we see evolving every year. In our own backyard, Lake Placid holds the traditional bonspiel curling match, as do other clubs in New York State. This is a tournament that is customarily open only to club members on long weekends.

In curling, two teams, each with four players, take turns sliding heavy, polished granite stones on a surface of ice towards a bullseye target.  Each team gets eight stones; stones that come to rest nearest the center of the bullseye get more points.  Team members use brooms to sweep in front of the stone as it slides, which smooths the ice and reduces friction, thus allowing the stone to glide farther. 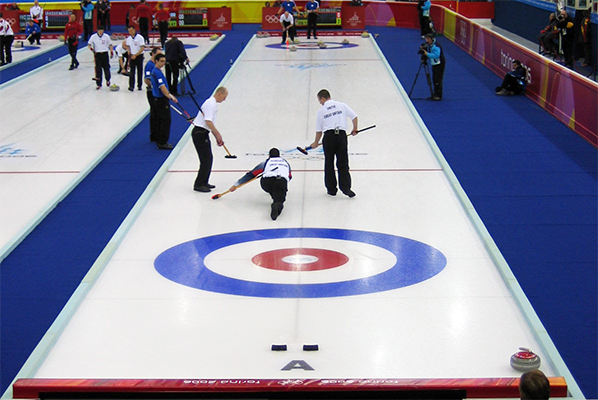 I was introduced to the sport by my Uncle, who was a curler in the late 1960s in Ardsley, NY. He knew about the sport from friends who were active in the Upstate New York town. In order to play, he had a member bring him along for a try. I also had the chance to try curling in the fall a few years ago at the Utica Curling Club and I find it very interesting to see how the sport has evolved since my first time on the ice in 2013.

The technology involved in maintaining the ice and the light-weight brooms are just a few of the ways the sport improves the stone’s curling potential. There are strategies involved in the game to effect the stone as well, especially when every stone curls slightly different. Shoes are very important too. There is a silicon slider sole that serves the curler some momentum on the ice as they push off the hack, which is a nailed-in support that enables them to push off safely.

It is my hope to see the very sport my family played emerge on dedicated ice rather than hockey arena ice. I play on ice at the Utica Curling Club in Whitesboro, New York. This is a club that houses dedicated ice as opposed to ice that is shared with hockey and figure skaters.

Flash back to 1952 when the world encounters curling as a fan sport. The Adirondack Daily Enterprise of Saranac New York published an article that raised excitement about the first bonspiel to be staged in Lake Placid since the 1932 Olympic Winter Games. 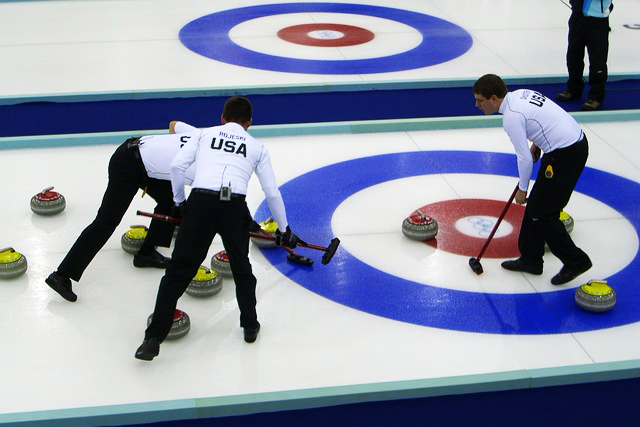 The Utica Curling Club, Schenectady and Associated Club of Montreal met with an all-male Saranac Lake team in Lake Placid that Friday night in 1952, introducing a technology during the match.*

The challenge of maintaining tradition while taking advantage of newer technology even today – such as strategic light weight brooms and ice scraping equipment – is the reason the sport is relevant and challenging to new and old fans of curling alike.

* You can find the articles referenced above on Newspaper Archive, a database available through the library that holds digital copies of more than 2000 historical newspapers from the early 19th century through the middle 20th century.

About the Author: Susan Hansen

Sue has been a librarian in several Upstate New York locales for over twenty years. When you don't find her at the library, you'll probably spot her outdoors somewhere.