Fantasy and LGBT+ YA Fiction

Fantasy and LGBT+ YA Fiction 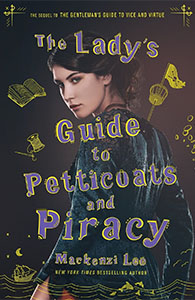 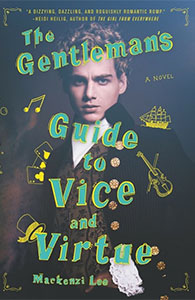 LGBT books stretch into the fantasy realm, as some readers prefer to hear about dragons and sword fights over an average day in a high school. The YA authors in this article have certainly done a fantastic job of writing their fantastical realms with an LGBT flare, making the books perfect for people looking to more diverse characters.

One great author, Mackenzie Lee, has written two fantasy books with strong LGBT+ main characters. The first novel, The Gentleman’s Guide to Vice and Virtue, tells the story of Monty, a teen born and bred to be a gentleman, who was never meant to be tamed. With his best friend and sister, he sets out on his grand tour of Europe, but they soon run into many surprises along the way. The second of her books, The Lady’s Guide to Petticoats and Piracy, is set a little while after the events of the first, and this time follows the life of Felicity, Monty’s also rebellious sister. After the whirlwind of an adventure she undertook with her brother in the first novel, Felicity settles in Scotland, with the hopes of attending medical school to become a doctor. After many failed petitions to study at the universities, as she is a woman, she is approached by someone from the University of London. He recommends that Felicity go to study under her childhood hero, but she soon discovers that he might not be the man she thought he was. 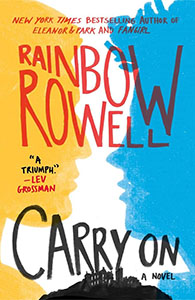 Another of my favorites is Carry On by Rainbow Rowell because of its very Hogwarts-esque theme. Set in a f antasy world where a select few can practice magic, Simon and Baz are roommates at the Watford School of Magicks and have to get over their differences to fight against the magic-eating monster that is terrorizing the country. This book will be receiving a sequel, fittingly titled Wayward Son, which is set for release in September of this year. 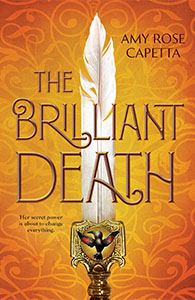 The final LGBT YA Fantasy book that I would like to recommend is The Brilliant Death by Amy Rose Capetta. Teodora is the second daughter of the mighty DiSangro family, and she has a secret. All her life, she has been turning her family’s enemies into music boxes, mirrors, and other decorative objects. In her village, everyone knows the tales of the ancient stregas, but no one believes that they are real. After the new head of the kingdom, the Capo, sends a poisonous letter to each of the five old leaders, leaving four dead and Teo’s father gravely ill, Teo must travel to the capital as a DiSangro son, not just disguised as a boy, but transformed into one. On her way, she meets Cielo, a strega who can effortlessly switch form, male, female, or animal, and they join Teo on her journey. With the dark secrets they uncover on the way, Teo becomes even more determined to save her family and at any cost. Teo’s adventure will continue in a sequel, set to be released in 2020.

About the Author: Ayiana Crabtree

Ayiana is an Intern and Clerk at NOPL. She's an avid reader, book collector, writer and artist, enjoys hiking and has a passion for learning new things. She is currently attending the University of Rochester, majoring in Creative Writing.