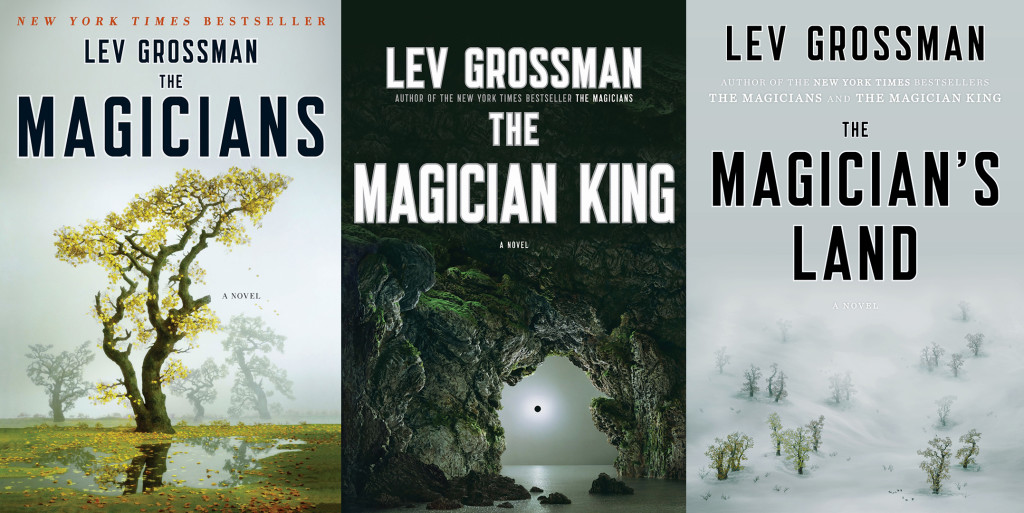 So, Hogwarts University is now a thing? Just kidding! Instead, if you crave the pull of a secret magical world once more, pick up The Magicians trilogy by Lev Grossman. The three books take you to and beyond Brakebills, a University secretly nestled in Upstate New York where the students chosen through an arduous testing process become magicians. The protagonist, Quentin Coldwater, spends 5 years at Brakebills and then finds his way into the magical world of Fillory. Beyond magical mayhem, the trilogy is seriously worth reading because it delves deeply into the narrator’s growing up process. Quentin Coldwater is 18 when the book series starts and nearly thirty when it ends. The changes he goes through are staggering. Much more than just a “grown up Harry Potter” as the books have been called, they take you through the journey of a character’s evolution from a boy into a man, and it’s one you can witness and think – Ah! that is what SHOULD happen to boys when they finally grow up. On the show front, I originally had trepidation about watching a TV adaptation that admitted to aging its characters to four years older than what is written in the books, as the process of character growth is an integral part of the series. However, now that I’ve seen what SyFy is doing with the aging, it makes sense. As the books deal with real contemporary adult issues – mental illness, sexual identity and more, SyFy network is taking those issues to the screen. The show is quite different from the books so far in plot. The characters are older and thus accelerate through the University program faster than in the books. For example, they attend Brakebills South (the final capstone to their magical education) as first years rather than fourth years on the show. They also changed some character arcs and names around to better fit what the show runners are doing. However, the characters who remain at the helm are astonishingly perfect replica’s of their book counterparts. This has a lot to do with the casting, which was perfectly done. The show is really an entertaining one, and as someone who is a middling 20 something, it has helped me realize that people my age – even magicians, need time figuring life out. The Magicians has been renewed for a second season. 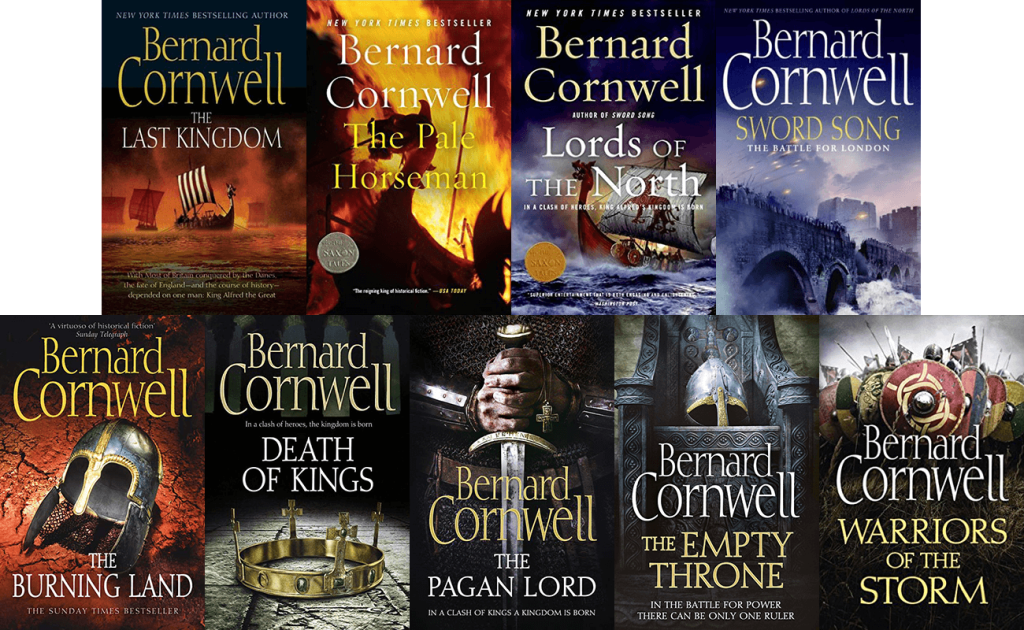 If you want to find out how England was really born, this series is a good starting point. Bernard Cornwell’s riveting and bloody Saxon Stories, tells the tale of England’s fight against the Danes for power through the eyes of Uhtred, an English boy born into 9th century aristocracy, then captured by the Danes and taught the Viking ways. He is brought into the fold of a Viking family as a son after rescuing the daughter of the family, and later on identifies as both Pagan and Viking as he ages in an increasingly Catholic and war-torn England. He ends up working for King Alfred the Great as a warrior, after he is framed for the murder of his adoptive Danish father to regain his lost land and title. Utred’s story becomes increasingly fraught as he becomes embroiled with King Alfred, the first nobleman to imagine all of England united under one king. Alfred, a cunning and pious man plagued by mysterious illness, stopped at nothing to make his dream a reality – even manipulating Utred repeatedly. The real King Alfred, was also a magnificent record keeper at a time where barely anyone knew how to read or write. This makes the historical accuracy of these novels a must-read for anyone who wants to know how England came into existence. The TV adaptation, The Last Kingdom, premiered last year on BBC. It has thus far remained remarkably true to the book. Combining the first two novels into the first televised season, makes way for at least three more seasons to fit all the books in. The series is still on-going with the ninth novel published in 2015. The most riveting part of the series is the battle of wills between Alfred and Utred, both remarkably different men with a tie to the other that keeps them circling constantly, yet unable to distance themselves. Warrior and King, Catholic and Pagan,Viking and English Lord, is what drives the book forward. The series is one to watch and as someone who is currently devouring the books, something to add to a nice long spring/summer reading list. The Last Kingdom was thankfully renewed for a second season after some debate. 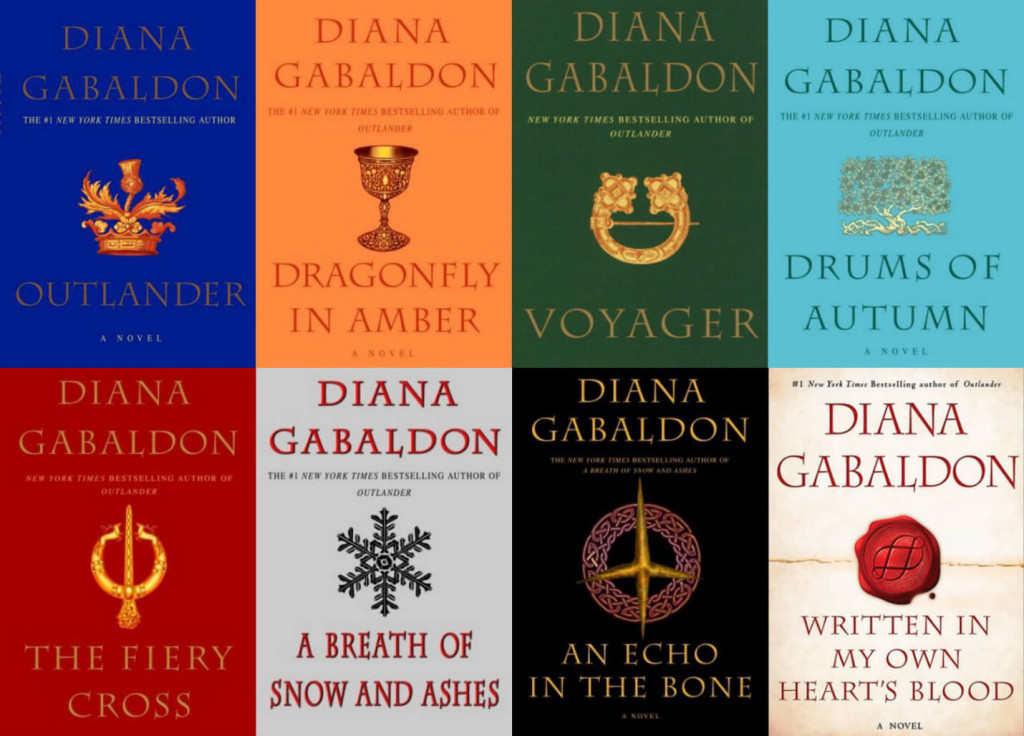 Outlander has become outrageously popular with TV watchers after STARZ adapted the book series into a show. The first novel in the series, also titled Outlander, follows the journey of English WWII combat nurse Claire Randall, who is on holiday with her husband Frank after the war, and who is transported to 1743 after she comes in contact with a magical circle of standing stones in the Scottish Highlands. She meets a Scottish nobleman and warrior on the run – Jamie Fraser and is forced to marry him to keep her away from Blackjack Randall (her husband’s six times great-grandfather) who is a deviant, ruthless, and violent man. At first, Claire tries desperately to get back to her own time period and husband, but as Claire slowly entrenches herself in Scottish life, and life as Jamie’s wife, she begins to doubt she ever wants to return. As it increasingly becomes more dangerous for her to be there during the Scottish fight for Independence, Claire must try to keep herself and Jamie alive amidst other time-travelers, warfare, vengeance, arguing clans, and being considered an odd sort of healer. The love and chemistry between Jamie and Claire has kept this series on-going through centuries of differing time periods, separate continents, and many violent wars. Full of twists and turns, Outlander is as much an adventure, sci-fi, and historical fiction novel as it is a romance. The show so far has stayed pretty true to the books as well, which is always a bonus, and it has been rewarding to see such well crafted characters on the big screen. Outlander season one was only adapted from the first novel. With eight books in the series left to adapt, I could see this show going on for a long time to come. The second season will be based on the second novel in the series, A Dragonfly in Amber and will premier in April.

A rather trippy science fiction show, Wayward Pines is adapted from The Wayward Pines Trilogy, by Blake Crouch. It follows a police detective who somehow gets transported into a “paradise town” called Wayward Pines, followed by his wife and son. At first you think it’s just a weird town with no access to anywhere else. As the show goes on, you realize the townspeople are hiding a huge secret and that nothing is as it seems. The future, is really nothing like you imagined. Without ruining the plot, think human evolution, deep-sleep, monsters, cryonics, and time-displacement ala Twin Peaks. Also, public hanging is practiced in Wayward Pines, so watch what you say. The books are worth the read as they are very closely adapted in the show. I cannot reveal anymore or you’ll see what I mean! The second season is set to air in May.

The Legend of Sleepy Hollow
By: Washington Irving
Network: FOX 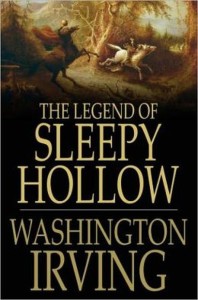 Now in its third season, Sleepy Hallow is very loosely adapted from The Legends of Sleepy Hallow by Washington Irving. In the TV show, Icabod Crane is woken up/ brought back to life after a magical induced sleep/death when the horseman of the apocalypse rises again. He is surprisingly, an Oxford educated historian and scholar, and a Patriot soldier, who worked as a spy during the Revolution in Sleepy Hollow, New York. He often espouses wisdom from his previously close colleagues, Washington, Jefferson, Franklin, and Betsy Ross among others. Magic is a strong element here as Crane finds out his wife was a witch and she was the one who put the curse on him in the first place once he was directly tied to the horseman in death. Sleepy Hollow is an interesting mix of Revolutionary War history, modern day technology, and legend. I recommend reading the book as it’s a classic, but the TV show is taking the novel and creating a whole new life out of it. The third season is happening now on Fox.

The seven-part miniseries premiered in 2015. Do yourself a favor Fantasy lovers, and read this book by Susanna Clark first – it’s in the whopping 700 + pages range but worth it as evidenced by its best-selling title.

Written by the indefatigable Neil Gaiman, this book is magical, really. In it, gods and goddesses are hiding among regular humans but it’s more full of decay and destruction than what you believe. It’s set to air in late 2016, so you have time to read the book first.

About the Author: Chelsea Rein

Chelsea worked as a clerk at NOPL North Syracuse before graduating from Syracuse University with a degree in Library and Information Science.